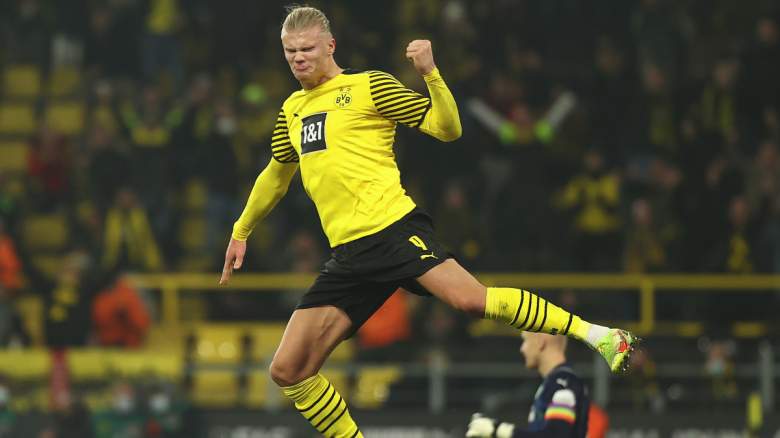 Barcelona target Erling Haaland reveals where he will play next

Barcelona continue to be linked with a move for Borussia Dortmund goal machine Erling Haaland, despite the club’s continuing financial woes, and the Norwegian have offered a tantalizing update on his future plans.

Haaland is currently in Marbella, Spain, and fans have asked him where he will play next, as Thomas Roncero of Diario AS reported. “I will play here in Spain,” he said with comments likely to fuel rumors of a move to Barcelona or Real Madrid.

The striker’s agent Mino Raiola has already hinted that Haaland will leave Borussia Dortmund at the end of the season. He told Sport1 there was a “great chance” that Haaland would move in the summer of 2022 and named Barca, Real Madrid, Bayern Munich and Manchester City as possible destinations.

The 21-year-old is under contract at Dortmund until 2024 but has a release clause that allows him to leave in the summer of 2022 for only â‚¬75 million, as reported by Marca.

Barcelona president Joan Laporta is ‘obsessed’ with bringing Haaland to Camp Nou and also wants to make sure the Norway international does not head to rival Real Madrid, as reported Marca.

The club chief is “doing all he can to prevent” Haaland from signing for Los Blancos and has already met with Raiola to discuss the possibility of landing the 21-year-old this summer.

Real Madrid are set to bring in Kylian Mbappe from Paris Saint-Germain on a free transfer at the end of the season, and Laporta is desperate to avoid seeing a frontline from Mbappe, Haaland and Vinicius Junior at the Bernabeu.

Laporta’s fears may be justified as Real Madrid believe they can sign both Haaland and Mbappe, as ESPN reported. Mbappe is reportedly moving as a free agent, while Los Blancos also believe they can take advantage of Barca’s financial woes and secure a deal for Haaland as well.

La Liga president Javier Tebas has already claimed Los Blancos have the funds to land both players, as Football Espana has reported.

â€œThey have sold more than 200 million euros of players. They have money in the bank to sign Mbappe and Haaland together, â€he said. â€œThey didn’t lose money and on top of that, they sold assets. What is not understandable is that a club that loses â‚¬ 400m, has â‚¬ 500m in salary surplus and can reject offers like Mbappe’s. It is the failure of France’s control rules, which is now hurting the European market. â€

There is no doubt that Haaland and Mbappe are already two of the most sought-after players in world football due to their exploits as goalscorers for Dortmund and PSG. It wouldn’t be a big surprise to see the duo plying their trade in Spain’s top flight next season, but it’s unclear whether they will be teammates or rivals.

READ NEXT: Barcelona Offer ‘Affordable’ Plan B For Haaland: Report

Most Popular Mortgage and Real Estate Stories of 2021