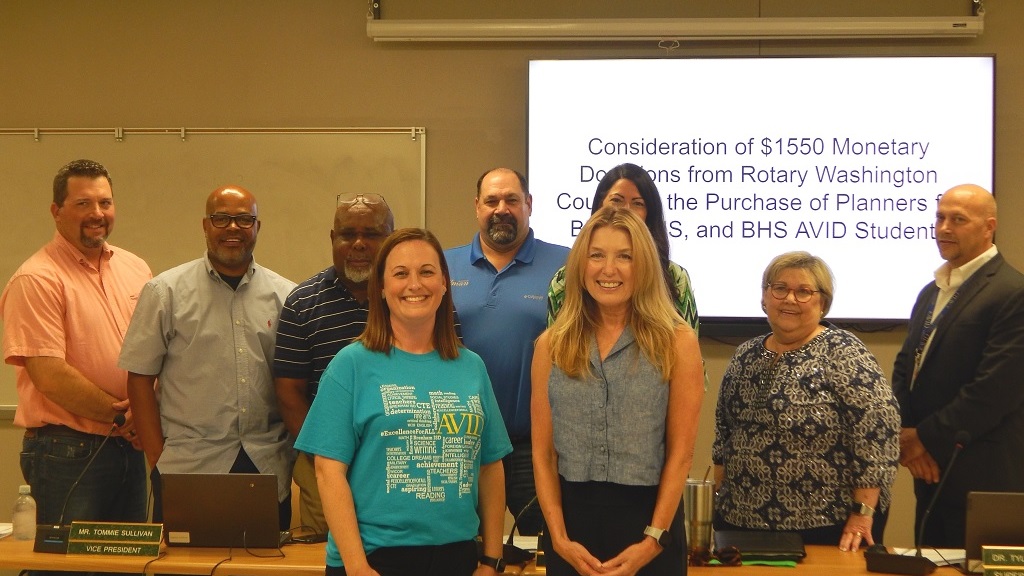 Twenty-seven community groups donated a total of $10,500 to cover the cost of personalized planners for 3,000 students at Brenham Middle School, Brenham Junior High School and Brenham High School. Their contribution was recognized at the Brenham School Board meeting on Monday.

AVID teacher Jenny Schaer said the project began as a way to help students manage their time as they move from campus to campus and take on more responsibility. In the past, students have been asked to contribute to the cost of planners, but Schaer said when the district reached out to the community this year, the response was “overwhelmingly positive.”

The largest individual donor was the Rotary Club of Washington County, with a contribution of $1,550. Representing the club at the meeting was Gena Wilimitis, who said the organization is delighted to help make a difference.

Also at Monday’s meeting, the board:

CBN is committed to protecting unbanked and underserved rural areas