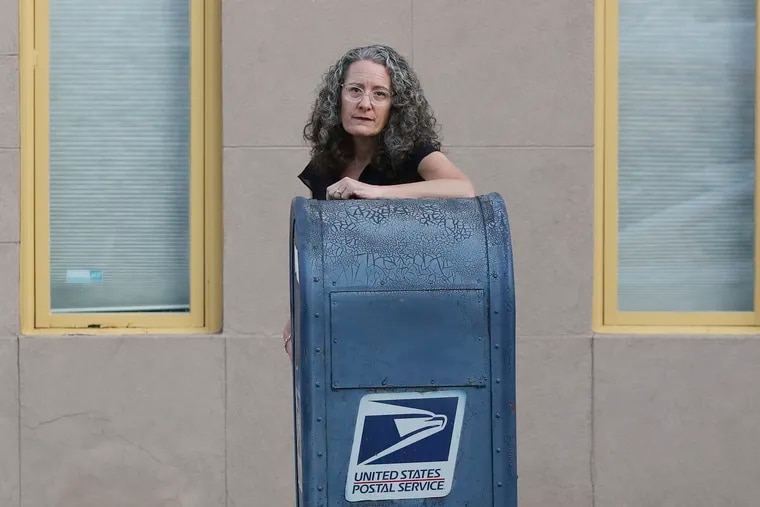 Think twice before depositing a check in the blue U.S. Postal Service collection box on your corner.

Thieves have got their hands on the keys that unlock blue signing mailboxes across town, enter them, steal checks and cost victims thousands of dollars.

“They wait for these people to put their mail in the boxes, then they go there with a key and empty it dry,” said Nick Casselli, president of the American Postal Workers Union Local 89.

Earlier this year, The Inquirer reported thieves were compromising collection boxes in West Philadelphia. But mail theft and ensuing check fraud have spread across town and into suburbs, officials say, and are so widespread that the Postal Service is replacing locks on every collection box. in Philadelphia.

“We are working diligently with suppliers, maintenance and the United States Postal Inspection Service to accomplish this task as quickly as possible,” USPS spokesman Paul Smith said in a statement.

The Postal Inspection Service is “aggressively investigating” crimes, agency spokesman George Clark said. He said local law enforcement had made a few arrests, including this week in Tredyffrin Township in Chester County, but it took time to build a case.

Clark said he did not have access to data on the number of reported thefts and break-ins. When The Inquirer requested the data via a Freedom of Information Act request earlier this year, the USPS said it could not provide the information because its system did not screen for flights from others. complaints, such as mail delivery problems.

Still, Clark said, “I think we’ve seen it spread, unfortunately, throughout town and into the surrounding suburban neighborhoods.”

In the past, thieves attached glue traps to the ends of the string to “fish” letters from the small opening of letterboxes. But now they get the keys to the box.

A key, formally referred to as an arrow key, opens every corner collection box and apartment mailbox for a zip code, making it very valuable.

Casselli also said that due to the lack of staff at post offices, the accountability process for checking and returning keys sometimes does not take place. In an August 2020 report, the Office of the Inspector General of Postal Services, which conducts internal audits and investigations, called the agency’s monitoring of arrow keys “ineffective.”

A Delaware County letter carrier said last week that management told carriers to watch out for thieves and that if anyone tries to steal the key, for their safety, don’t resist.

Last month, two letter carriers were stolen at gunpoint for their keys and mail bags in separate incidents in northeast Philadelphia.

Replacing locks and issuing new keys is a huge undertaking. Philadelphia has more than 1,500 collection boxes, Smith said. He couldn’t estimate when it would be over.

After replacing mailbox locks in Westchester, NY, in early 2019, “We have seen a complete stop to the theft of mail from the blue boxes,” an assistant county attorney previously told The Inquirer.

Once thieves find a check, they often dip it in acetone to wash off the ink, then change the name and increase the quantity. They go to banks or ATMs and withdraw money or deposit it in a burner account. Sometimes they can cash the check without even changing the name. Other times, they will use the bank account information on the check to wire money or create fake ID cards in the victim’s name.

Check the pickup time on the collection box, and if the mail has already been picked up that day, wait until the next morning to send it. Items that stay overnight are more at risk of being stolen, as thieves often work at night. If something is particularly valuable, consider dropping it off directly at your local post office.

Lisa Weinberger, who runs a small graphic design company, deposited a check for $ 1,200 for a subcontractor in the blue mailbox at 24th and Lombard Streets in August. After he didn’t arrive about 10 days later, Weinberger saw a withdrawal of $ 33,242.33 from his bank account.

Weinberger panicked. She looked at the electronic copy of the check, which showed that someone had changed the recipient’s name and note.

As the funds had not been officially paid into the thief’s account, his bank stopped the transaction. If she had noticed it just a day later, she said, the thief would have run away with the funds.

Weinberger closed the account and now mainly pays subcontractors through Venmo or by sending checks directly inside the post office.

Eric Griffin said he deposited a check for $ 5,800 in the box of 19th and Poplar Streets in Francisville in mid-October for property taxes on his home in the Poconos. After he didn’t arrive a few weeks later, Griffin assumed the mail delays were holding him back. Then at the start In November, he noticed three unauthorized withdrawals from his checking account, totaling $ 1,546, from the LYL Realty Group.

He called the A Philadelphia-based property manager and employee told him that one of their tenants had used his banking information to pay rent through their online portal.

The original check never reached its destination, so Griffin thinks it was caught in the mailbox and someone used the account and routing number to pay their rent. Griffin was reimbursed after threatening legal action against LYL.

Have you been the victim of mail theft and check fraud?

If you believe your check was stolen in the mail and fraudulently cashed, file an online report with the US Postal Inspection Service. When submitting the report, include as much specific information as possible: the mailbox you used, the bank it was cashed in, the name, and the amount it was changed for.

You might not get a response from an agent, but that doesn’t mean it won’t be included in their overall investigation, USPIS said.

On the Saturday after Thanksgiving, Matt Grubel deposited a $ 1,300 health care payment in a mailbox outside the post office at 40th and Spruce Streets. On Monday, someone had changed the name on the check and the amount to $ 8,500.87, and deposited it into a TD bank account, Grubel said.

The sum caused his account to be overdrafted, causing the bank to refuse the withdrawal altogether, so that he never lost any money. He is considering closing the account and has said he will never send a check again.

Postal officials said mail that remains in blue boxes overnight is more likely to be stolen, so residents are advised to check the pickup time on the box and wait until the next morning. if the mail has already been collected.

â€œIt would really eliminate the vast majority of mail thefts because however they go into blue collection boxes, having calm, cover and the dark is a thief’s favorite thing,â€ said Clark.