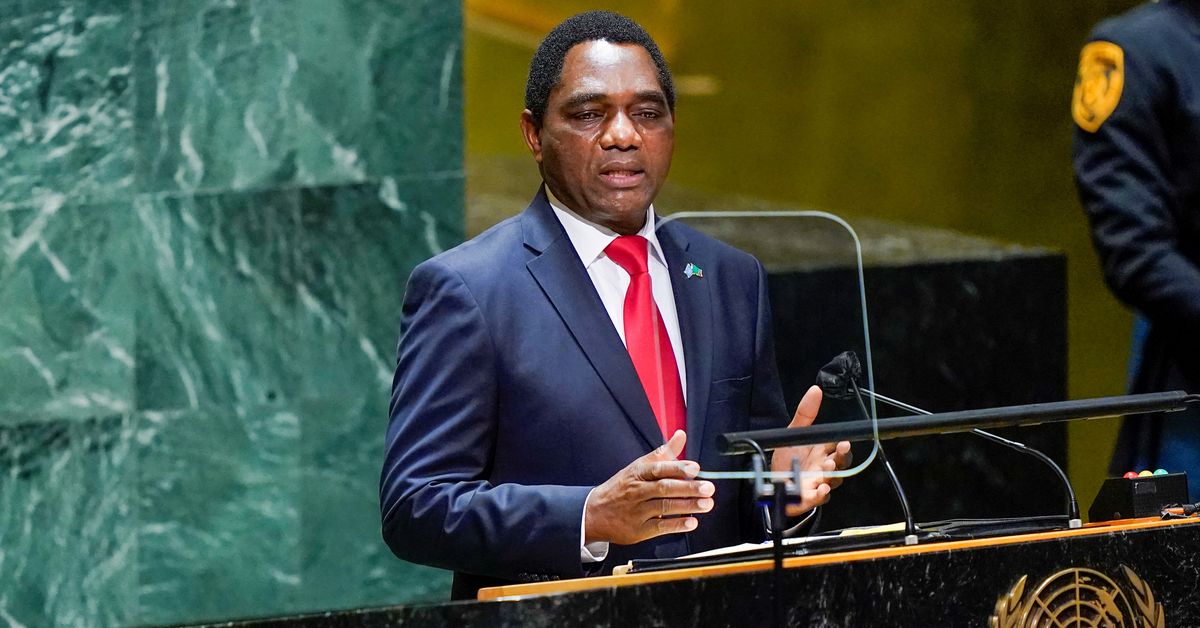 Copper-rich Zambia became Africa’s first sovereign default in the coronavirus era last November, and its ongoing debt restructuring has become a test of Western multilateral efforts to get countries to fully disclose their borrowing. .

The previous Zambian government, led by Edgar Lungu, said its Chinese debt stood at $ 3.4 billion. But the estimate released by CARI on Tuesday is consistent with recent comments by newly elected President Hakainde Hichilema, who took office last month, that the debt burden is likely higher.

“Major creditors and stakeholders, including the International Monetary Fund and advisers to the Ad Hoc Bondholders’ Committee, received more detailed data on the composition of government debt in each category under non-debt agreements. disclosure, “the finance ministry added in a statement.

The country’s international creditors, with whom the government is in talks, have complained that the lack of details on Zambia’s loans to China – which have specific non-disclosure conditions – has hampered the restructuring process of the debt. Read more

“Given the complicated situation … reaching a consensus on burden sharing is likely to prove exceptionally difficult,” wrote the CARI researchers who made the new estimate, Deborah Brautigam and Yinxuan Wang.

The $ 6.6 billion figure is based on Chinese loan data collected by CARI at the Johns Hopkins University School of Advanced International Studies. It is likely to continue to grow because it does not include penalties or interest arrears that continue to accumulate.

China is Africa’s biggest creditor. It is part of the Debt Service Suspension Initiative backed by the World Bank and the International Monetary Fund, which has temporarily frozen debt payments for dozens of the world’s poorest countries, but is urged to do more in terms of disclosure.

Tuesday’s study estimated that $ 7.77 billion in loans to Zambia and its state-owned enterprises were disbursed by 18 major and minor Chinese banks or funds from 2000 to August 2021. Among these, Zambia has reimbursed at least $ 1.2 billion.

The estimate does not change Zambia’s total indebtedness by $ 14.3 billion, according to the researchers, but shows that the Lungu government “was not transparent about the significant weight of Chinese financiers among its many external creditors.” .

Bwalya Ngandu, finance minister under Lungu, said it was not true that Zambia’s debt figures were underestimated. “We have never hidden any debt,” he said in a statement this month.